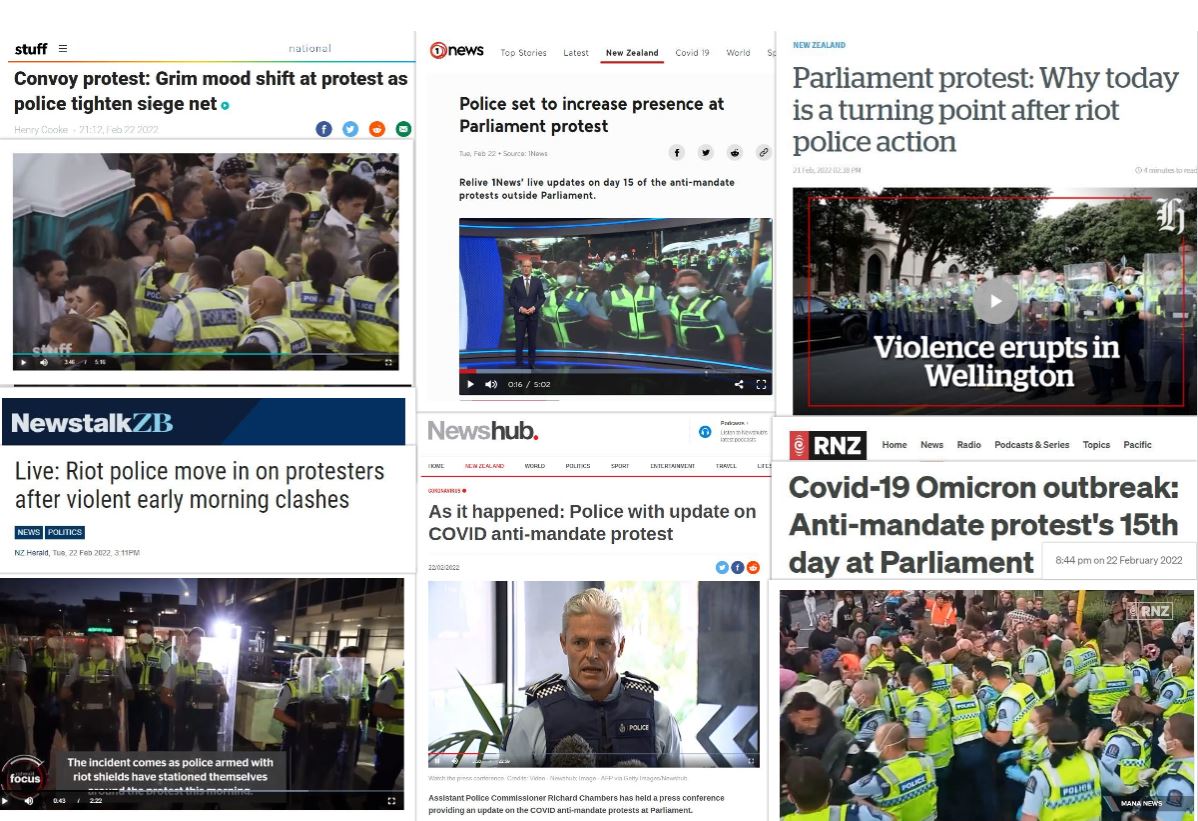 In this dispatch, Steve ‘Snoopman’ Edwards proves the NZ Police breached the peace on Tuesday morning February 22 2022, on the streets adjacent to New Zealand Parliament Grounds to bait the protesters. The police objective was to produce scenes of violence, with the confidence that the mainstream media would not bother to accurately report the clustered events.

With images taken from his camera — as well as an appraisal of news-gathering footage and some independent media footage — The Snoopman unpacks the propaganda and demonstrates that Assistance Police Commissioner Richard Chambers emotionally hijacked news audiences when he claimed the actions of protesters were “disgraceful”.

Tuesday 22.02.2022, Wellington NZ: Twenty-five police brandishing riots shields ran at a group of anti-mandate protesters next to the Parliament Grounds in Wellington at 13 minutes to seven in the morning.

As the they police ran down the footpath below me from my vantage point of the forecourt at the Archives New Zealand building, I heard the riot-shielded police command provocatively, “Move, move, move,” repeatedly.A more aggressive team of police surged forward, squeezing protesters against the port-o-loos. This action further agitated the protesters.