Make no mistake about it, the attempt to take over our health system will not stop (Hatchard) 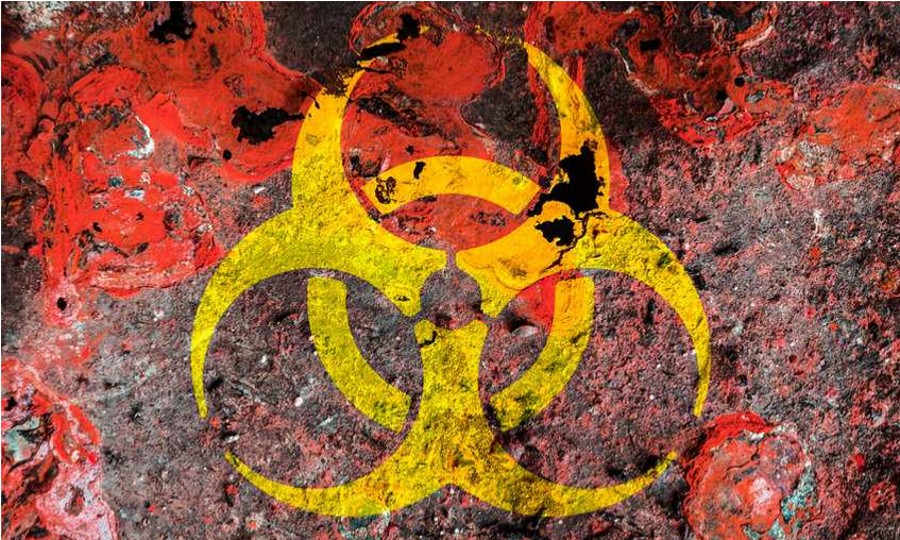 We Live in a Very Dangerous World

The Hatchard Report: "The development of engineered mRNA and DNA vaccines for multiple illnesses is surging ahead."

"There are no winners in war, but very shortly our government may try to divert our attention towards conflict and away from Covid, as has happened in much of the world. Rightly, we are sorry for Ukrainian citizens and we should have compassion. No doubt the international production and trade in weapons needs to be stopped. Modern youth know they are citizens of the whole world, and feel kinship with people everywhere. Despite this, the attempt to take over our health system will not stop."

Moderna has just announced human trials of an mRNA HIV vaccine (they are requesting HIV-free volunteer subjects to come forward).

Simultaneously bio labs across the world are studying deadly pathogens and creating new ones through gain of function experimentation. This suggests a different kind of war, one that is far more deadly than conventional warfare.

Modern Warfare is Taking on a Frightening New Dimension

Waging Total War involved targeting civilians to persuade governments to surrender, and the ‘cleansing’ of the intelligentsia and ethnic populations in conquered territories.

This strategy found its apogee in nuclear war—whole Japanese cities were snuffed out in a moment, bringing conventional war to a close, hastening unconditional surrender.

This was so frightening that it has not happened since, but many nations still maintain a far more destructive arsenal of nuclear weapons.

Since that time conventional warfare has continued but with the added dimensions of economic sanctions and invasions, psychological distortion of reality through control of media, and guerilla tactics.

There is no doubt that the development of weaponized pathogens is of interest to governments around the world. From time to time we have had glimpses into laboratories working towards military objectives, both defensive and offensive.

Central to this work is the creation and storage of deadly diseases. On March 15 2022, Newsweek authoritatively confirmed the existence of US-funded bio labs in the Ukraine:

“…the World Health Organization advised Kyiv to destroy high-threat pathogens being stored in their labs to prevent any possibility of a dangerous outbreak if the facilities are attacked by Russia.

“Although there are bio labs in Ukraine researching deadly pathogens in order to prevent the production of weapons capable of being used in germ warfare, or studying how to respond to outbreaks such as COVID-19, there is no evidence that they are being used to manufacture biological weapons.

“The Department of Defense confirmed earlier this month that the U.S. has invested $200 million in Ukraine since 2005 to support 46 Ukrainian laboratories and their research into disease threats as part of the Biological Threat Reduction Program, which involves former Soviet Union countries.”

New Zealand is a small country miles away from the Ukraine war, but the pandemic has taught us that pathogens can quickly spread from anywhere throughout the whole population of the world.

Biological warfare is the most deadly of all warfare, because it can affect everyone, friend or foe, indiscriminately. It is extraordinary that the US is funding multiple bio labs across many countries worldwide. Private contractors and investors are also involved. Why?

Why Would Anyone Want to Create or Stockpile Deadly Pathogens Which Could Escape and Kill Millions?

Biotechnology shares are hot investment stocks. Few biotechnology companies turn a profit, but the PR hype is huge, promising miracle cures and abundant profits around the corner in the best tradition of snake oil salesmen of old.

Investment is facilitated by the granting of patents on genetic material. This involves an extraordinary sleight of hand. The patented genetic material may be 99.99% natural, yet the addition of a single molecular group facilitated the award of the patent.

This could be likened to individuals securing patents on Ford cars simply by adding home made seat covers. In a market driven by incoming investment, once patented, genetic sequences can become gold mines for the patent holder.

Patents can be traded for millions and may also involve continuing royalties. This single rort alone has driven biotechnology investment to sky high levels.

Fortunes can be made on the road to the creation of supposed new ‘cures’ and yes, diseases. Government grants further accelerate this process.

It Is a Race to the Bottom, and All Governments Want to Get on Board

The risks to the health of the world’s population are huge and unquantifiable. Stable genetic structures which underpin health and higher human abilities, built up through millions of years of evolution, are being put at risk.

Yet the risks are ignored. Again we ask why?

The answer to this is frightening. It lies in the escalation of Total War. The development of biotech weapons is surely driven by the same thrill that drives the serial killer or rapist—the wish to impose control over random lives.

In defiance of the huge risks, biotechnologists are planning to infect or inject people with genetic material that they have made and patented. They are playing God.

New Zealand has a policy not to import venomous snakes, if they ever arrived we would struggle to get rid of them. After the events in Wuhan and the uncertainty surrounding the origins of Covid-19, after the failure of the Pfizer vaccine to stop transmission, you would think that NZ would be scaling back biotechnology as a precautionary measure.

Not so, we have bought a machine with the intention to make our own inherently risky mRNA vaccines. Jacinda Ardern said today

“Would you wanner just dump (mandates) entirely never to be seen again? Whilst they might not have a use for us right now..”

So they will keep mandate statutes ready to use again in the future, just in case. We are planning to play God too.

Truly We Have Been Misled by Science Fiction

Is the introduction of biotech medicine a point of no return or is there still time to avert a future where human life and freedoms are shadowed by mega medical corporations vying for supremacy in an unregulated global biotech market place; where governments experiment on their populations; where news is tightly controlled and science is what an unqualified elite says it is?

This will not stop until there is an international moratorium on risky biotechnology experimentation.

For more information see my video: The Pandemic of Biotechnology