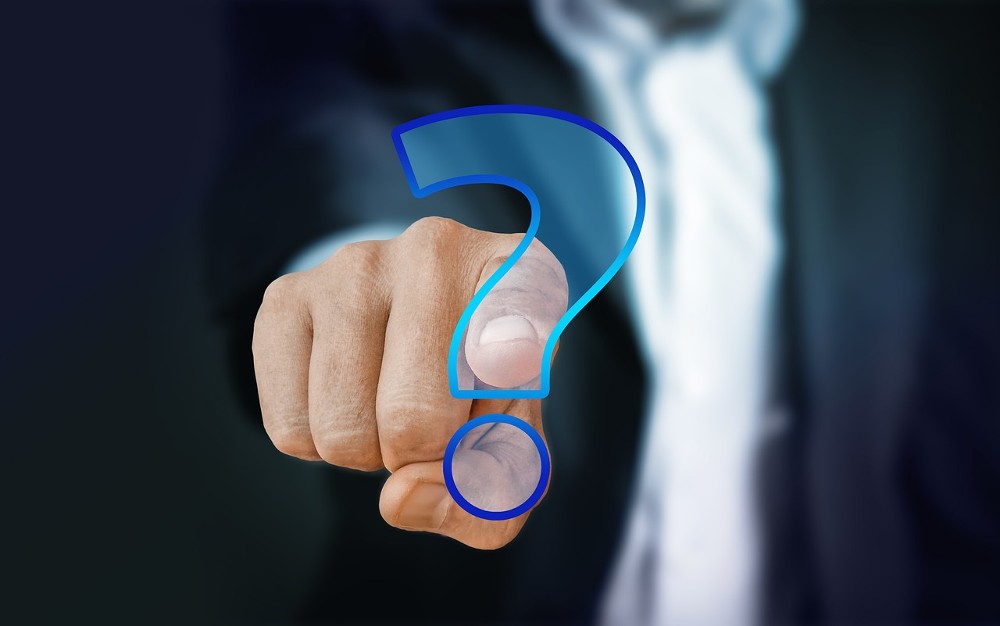 Today we discuss the misrepresentation of Covid statistics circulating widely in mainstream media (MSM) and on social media and then move on to consider the reasons behind distortion of Covid data.

Ministry of Health statistics are being misrepresented.

The Ministry of Health (MoH) has published figures for the age and vaccination status of deaths occurring within 28 days of a positive test for Covid. These figures have been seized upon by MSM and circulated widely on social media in various forms as 'proof' that the unvaccinated are far more likely to die of Covid. 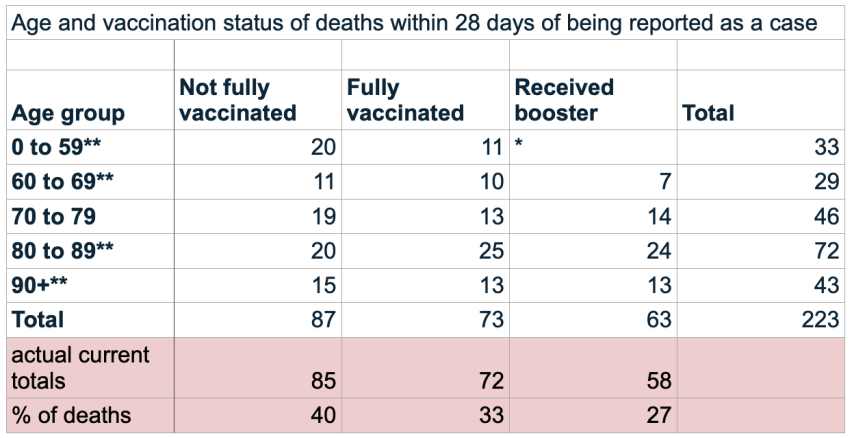 Actual death figures released by the Ministry of Health (above) cover the two years of the pandemic, but massaged charts have been circulated on Twitter. These incorrectly use the most recent percentages of NZers vaccinated to produce a figure that concludes the unvaccinated are 2.65 times more likely to be hospitalized than the boosted and 10 times more likely to die. The MOH figures when considered rationally do not in any way support such erroneous conclusions.

The Ministry identifies a subset of 43 deaths 'officially coded as due to COVID-19'. This ought to be used to examine vaccine efficacy, so it is unfortunate that the Ministry does not provide the vaccine status of this subset. When addressing the public, both the Ministry and the media repeatedly use the largely irrelevant figure of all 223 deaths temporally related to Covid, and almost never use the more accurate subset number of deaths caused by Covid. It is to be noted that in the UK, the government releases weekly death totals with Covid by actual cause of death. Only around 10-15% of deaths are listed as solely due to Covid.

The vaccine categories should be as follows: unvaccinated, single dose, two doses, three doses/booster. The Ministry Covid-19 deaths chart puts the unvaccinated and the single dose recipients into the same group. Thus we do not actually have the data showing how many deaths have occurred among the unvaccinated.

MoH does not count someone as vaccinated until a week after their vaccine.

In the week after receiving a vaccination, there is evidence that people may be at greater risk of contracting Covid. If a person contracts Covid in the first week after receiving their booster, they are counted as a two dose covid case, and presumably a two dose Covid death if they die. This will lead to the booster having fewer cases/deaths, and the two doses having more, thus creating an impression of greater booster efficacy. Equally, a two dose person in their first week will be counted as a single dose; and a single dose will be counted as unvaccinated.

The death data should not be used in cumulative form.

As we do for cases and hospitalisations, we should convert deaths data into snapshots before we look at deaths per 100,000 within a vaccine status group. Current daily Covid hospitalisation data shows that the unvaccinated and vaccinated have a roughly equal chance of hospitalisation. Presentation of cumulative data as above confounds the effects of Delta and Omicron and leads to unsound conclusions about the effects of vaccination.

The MoH figures are being used by the government and MSM to stoke fear of Covid and persuade people to get boosters.

The absolute risk of death from Covid is very small indeed. In contrast, 500 to 600 people die every week in New Zealand from all causes. 43 deaths caused solely by Covid over two years do not in any way justify the level of fear being promoted nor the $64 billion spent on the pandemic response.

What are the origins of the distortion of Covid data?

Many people are understandably skeptical of any claim that the government, the media, and especially the medical profession are deliberately misleading the public and hiding data. But you have to consider that for years the medical profession and drug manufacturers have been normalising side effects of drugs as inevitable. In most cases GPs fail to inform patients adequately of risks.

When you are young you will recover from most illnesses through the natural operation of your immune system, yet the prescription of a palliative drug reinforces the idea that drugs guarantee health. However, it is often the case that a drug compromises your immune system and predisposes you to future illness, but you are not told that. For example even the common over the counter drug paracetamol adversely affects the liver especially if mixed with alcohol. If a drug fails to help, or its side effects cause other problems, you may be prescribed an additional drug. This is particularly evident among the elderly, who typically have multiple prescriptions and consequently multiple side effects. These are increasingly related to immune deficiency.

Pharmaceutical regimes have become so complex that research studies, such as those conducted by Professor Dee Mangin at Otago Medical School and others, conclude that almost all elderly become more healthy if they cease all non-essential medication. This in itself shows that our medical system is not always working in favour of the patient, nor is any party accepting responsibility. The prescription of many pharmaceutical drugs known to cause adverse effects, addiction, or only temporary palliative relief has become an automatic response on the part of the medical profession to most illnesses, even when safe alternatives are known to help. The limitations and drawbacks of drugs are mostly not conveyed to patients.

mRNA vaccines were presumed safe and red flags were ignored

Enter biotechnology describing itself as a vaccine. It was always going to be business as usual. By the time it became apparent that the adverse effect reports were running at 30-50 times that of previous vaccines, the die was cast, there was no going back. No one involved could admit that a mistake had been made. To do so would undermine the professional gold standard doctors believe they represent.

As the deaths and serious illnesses subsequent to vaccination mounted worldwide to completely unprecedented levels, the various coping and hiding mechanisms on the part of the medical profession have become more and more absurd and concerning.

All this is actually a natural extension of previous safety lapses and tolerance of adverse effects. Acceptance of high rates of adverse effects (which are in fact now the third leading cause of death) have become a normalised canon of medical education.

If a single surgeon makes one mistake, for example operating on the wrong limb or organ, he may be subject to sanctions or in extreme cases to deregistration, especially if it leads to a death. What do you do if a medical procedure such as mRNA vaccination is associated with at the very least tens of thousands of deaths worldwide? The present answer to this question appears to be 'very little' or even 'nothing' or possibly worse: justify your approach with apparently incomplete and misleading statistics. When do tens of thousands of deaths amount to a crime? How do those involved rationalise their silence, denial, or continuation?

Many vaccinated individuals who have suffered adverse effects will testify to a kind of myopic blindness on the part of GPs or ED doctors when faced with their mRNA vaccine injuries—they would rather not know. The injuries are ascribed to a sort of undefinable weakness or vaccine anxiety on the part of the patient.

Medsafe and MoH have turned a blind eye to safety signals

Medsafe goes further, virtually all the sky high numbers of serious adverse effects and deaths subsequent to Covid vaccination are classified as unrelated. The important argument relied on by Medsafe and MoH is as follows:

Writing to me on 15 December 2021 on behalf of the Director General of Health, Astrid Koornneef, Director of the NZ National Immunisation Programme says

"Causal relationships between adverse effects and the vaccine are established through robust pharmacovigilance examinations that take into account global reporting of the adverse event, the background rate for the condition, and safety signals."

Roughly translated this means that Medsafe expects to see both a mechanism and a high rate of incidence before it accepts that an adverse effect was due to vaccination. Ms Koornneef also asserted that the protective benefits of MRNA vaccination outweigh the risks

In the beginning there was very little understanding of possible mechanisms whereby an mRNA vaccine could cause adverse effects. There was a theoretical understanding that the RNA sequences in the vaccine and the spike proteins they produced would be rapidly mopped up by the physiology after the desired immune learning had been stimulated. For this reason mRNA vaccines were assumed to be inherently safe. Safety protocols from Pfizer reinforced this view. BUT this was only a theory unsupported by data.

We now know that spike proteins produced subsequent to vaccination can persist in the physiology and the blood for weeks and that their concentration can be far higher than that of even seriously ill Covid patients. We also know that mRNA sequences could integrate into the DNA of vaccine recipients. There have been a number of mechanisms, suggested by molecular biologists and recent research findings, as to how the spike protein does cause heart problems, neurological problems, kidney disease, cancers, stroke, and immune deficiency. The initially supposed inherent safety of mRNA is now a fiction and therefore no longer a viable reason for MoH to deny any relationship between the sky high rate of adverse effects and mRNA vaccination. Quite the reverse—mRNA vaccination is now known to have inherent safety issues.

Yet mainstream media continues to rely very heavily on outdated MoH interpretations. An article in today's Stuff for example says that only 2 deaths subsequent to mRNA vaccination are classified by the Centre for Adverse Reactions Monitoring (CARM) as 'likely' to be causally related. Yet hundreds and possible thousands have occurred. Such media reports amount to gaslighting the more than 50,000 people reporting adverse effects to CARM.

Moreover the latest NZ Covid hospitalisation data, and that from overseas, does not unequivocally support the argument that the benefits of mRNA vaccination outweigh the risks. It seems more and more the case that variants of Covid are evolving to preferentially attack the vaccinated.

Will this all go away naturally if we do nothing?

Elementary psychology leads us to firmly reject this viewpoint. We know that whilst the tendency to be law abiding is very strong, once we adopt an unlawful, immoral, or harmful course of action, it can be very hard to kick the habit. Moreover bad habits cause other psychological deficits.

So why are Medsafe and MoH sticking to their guns? Are we led to the conclusion that they are afraid of admitting their mistakes or discussing the limitations of a novel mRNA vaccine. A vaccine that they have, for more than a year, been erroneously promoting as absolutely safe and effective?

Government propaganda has created a fervour of mistaken allegiance to Covid-19 mRNA vaccination, but the periodic reappraisal of new research findings suggested by the Skegg Committee has not happened.

Is face saving a correct response to high death rates? Is this a crime? As each week passes, it increasingly should be viewed as such. Every week that goes by without acknowledging the obvious is a further step into a distorted and dangerous future.

I feel sorry for everyone that has been misled by government propaganda and medical misinformation. I deplore the absence of any meaningful debate. Where are the television debates with two sides and a moderator? Where even are television programmes or government press conferences where probing questions are allowed? In the absence of truth, civilization has no legs to support itself nor do we the people have any exit strategies.