Has the Ministry of Health Lost The Ability to Count? ... (When those hospitalization rates among the vaccinated exceed that of the unvaccinated - Hatchard) 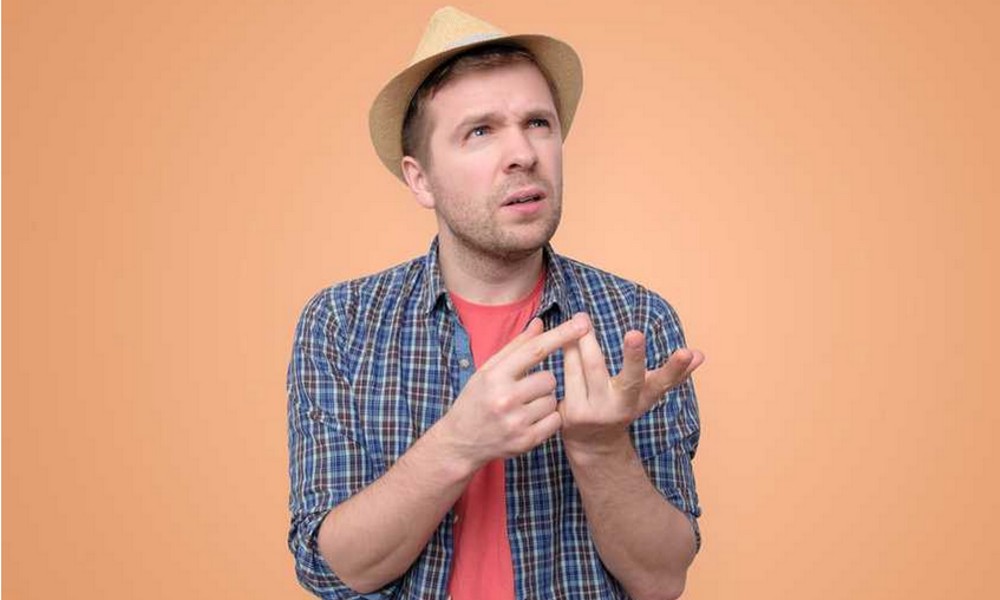 hatchardreport.com "...since the realization a month ago that mRNA vaccination provides little or no protection against Omicron, the Ministry of Health’s daily briefings have suffered from a conspicuous absence of meaningful reports or discussion about the vaccination status of those hospitalized with Covid. This is presumably too embarrassing for the Ministry of Health worthies to mention...

Ministry of Health officials apparently can’t keep track of the vaccination status of nearly half of hospitalisations despite our sophisticated NZ reporting and data tracking system that is often touted as world-beating (and has absorbed some of the $64 billion borrowed dollars the government has spent on the pandemic so far)."


Almost every day the Ministry of Health holds a live press briefing at 1 pm to announce the daily Covid statistics.

Yesterday was the 300th briefing of the pandemic, lovingly referred to as the ‘Podium of Truth’ to honour the Ardern dictum that the government should be your only source of truth.

Presumably most mainstream media outlets send along their junior stringer to record the information which is then duly reported to us plebs who missed the live broadcast. This is usually the leading story of the afternoon online editions and radio news bulletins.

The surge in Omicron infections, hospitalisations, and a mild sprinkling of deaths has enabled the current briefings to gain the added macabre interest of a Hammer horror film production.

Two days ago, I treated myself to the spectacle, because both Dr. Ashley Bloomfield, the Director General of Health, and Dr. Caroline McElnay, Director of Public Health were announcing their resignations.

In the event, neither of them provided any reason for their departure but duly congratulated each other on being jolly good fellows. The interesting part of the briefing was hidden away in their daily Covid data announcement.

“Of the 639 cases in hospital with Covid, 27 are in Northland, 99 in Waitemata, 116 in Counties Manukau, and 99 in Auckland. 29 are in high dependency care. Of those in hospital in the Northern Region with Covid, 40 people are unvaccinated or not eligible, 9 are partially immunised, 67 are double vaccinated, 76 are boosted. The vaccination status of 139 cases is unknown.”

What caught my interest was the fact that the Ministry of Health did not know the vaccination status of 139 cases in the Northern Region. That is a full 42% of all cases.

In fact, since the realization a month ago that mRNA vaccination provides little or no protection against Omicron, the Ministry of Health’s daily briefings have suffered from a conspicuous absence of meaningful reports or discussion about the vaccination status of those hospitalized with Covid. This is presumably too embarrassing for the Ministry of Health worthies to mention.

Sometimes the Ministry of Health’s cumulative case numbers are smaller than the previous day. For your information, cumulative totals have to increase every day by definition. Presumably, the deeply somnambulant group of reporters at the briefing failed to notice this, but for us data addicts these figures are deeply puzzling.

Do we wonder if perhaps one of the adverse effects of vaccination is a sort of amnesic condition that erodes the commitment to count?

This perception has been strengthened by reports from a number of countries overseas including the UK where some daily totals and vaccination status information was quietly dropped from reports when hospitalization rates among the vaccinated exceeded that of the unvaccinated.

In fact, the Ministry of Health’s reluctance is just an extension of previous practice. It has refused to institute mandatory reporting of adverse effects. This shows a continuing disinterest in accurately assessing the effects of the novel mRNA vaccine.

The Ministry of Health website provides a tantalising clue:

“we cannot give detailed information about cases in your district, city, or town, as we must protect the privacy of the people concerned.”

A curious attitude towards our right to medical privacy considering that up until now we have had to openly prove our positive vaccination status in order to enter a restaurant or library.

Ministry of Health officials apparently can’t keep track of the vaccination status of nearly half of hospitalisations despite our sophisticated NZ reporting and data tracking system that is often touted as world-beating (and has absorbed some of the $64 billion borrowed dollars the government has spent on the pandemic so far).

It doesn’t stop there. Dr. Ashley Bloomfield announced that 30-40 percent of hospitalised Covid patients are there coincidentally. Their hospitalisation has nothing to do with Covid at all.

In saying this, he was directly contradicting another Ministry of Health official who announced last month that 75% of hospitalisations with Covid are unrelated to Covid.

As the sad Covid death toll rises (it has reached 426 over two years compared to 66,000 from all other causes), we are left wondering how many of the 426 deaths are actually due to Covid?

Dr. McElnay, announcing her resignation, treated us to a special insight. One of her main challenges as Director of Public Health was “Misinformation” which she termed “the virus within”.

I was not sure if she meant this was within the Ministry of Health, which would make a lot of sense to me, but she clarified the matter by hinting that this misinformation virus was coming to NZ from overseas. Since she announced she would be going overseas shortly, perhaps she is going to sort this out for us? I hope not.

The Ministry of Health public health department which McElnay has led, is either too incompetent to properly read full scientific papers, or worse, really have lost the ability to count.

Dr. McElnay announced at the 1 pm briefing (26/11/21) that a study in Scotland had shown the Pfizer jab to be 90% effective against death for the Delta strain.

This was not in fact a study but a letter to the editor of the journal which did indeed claim a 90% efficacy against death.

However, as is so often the case, the most interesting part of studies is to be found in the additional ‘supplementary’ documents (the part that few people read – and therefore the best place to bury data which you would prefer the media do not pick up on).

This is what the supplementary material showed:

The vaccinated and unvaccinated cohorts were very similar in terms of demographics, comorbidities etc, so it is unclear as to how the authors justified their conclusions.

I guess if your results show that the vaccinated are ever so slightly more likely to die, you will need to make enough seriptious data adjustments to end up with a result that will actually get you published in the current pro-vaccine climate.

I highly doubt that McElnay read the supplementary PDF before making her announcement.

Time to Admit the True Figures

We come to the nub of the problem, for two years the government has been telling the population that the vaccine is safe and effective. Not so much telling us, but drumming it into our heads ad nauseum through an endless saturation, and certainly very costly, advertising campaign.

At this point, a change of gears would be quite worrying for a majority of New Zealanders who are cocooned in an illusory safety net constructed from a web of half truths.

Yesterday I noticed a disturbed government supporter insisting on FB that no one has ever been hospitalized with Covid who has been vaccinated. A measure of just how opaque the government’s daily Podium of Truth is.

There is no doubt we have arrived at a moment of crisis.

Many people are waking up to the ineffectiveness of mRNA vaccination, but the Ministry of Health is not admitting that. The vast majority of us have been lulled into a comforting world where vaccination reduces the incidence and severity of Covid, against all evidence.

If we believe the government—no matter what the severity of our infection, we will presume that vaccination lessened our symptoms. Thus for the trusting layman, the government’s current advice cannot possibly be falsified, that is unless the government were to start reporting the statistics in a complete and unbiased fashion.

If the government continues to insist that boosters and masking will protect us stretching out into the future, as Dr. McElnay gaily announced on the eve of her departure, we may be both daunted and assured, but we will also be deceived.

The vaccine has been largely ineffective against Omicron, the implications of that truth need to be faced.