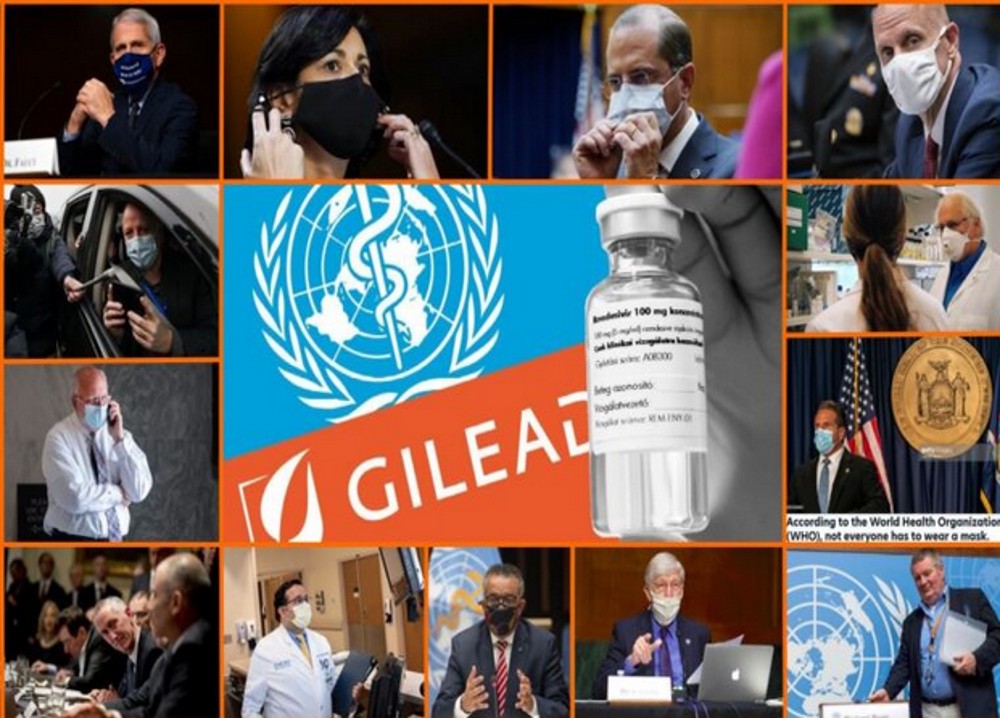 Snoopman News
This heretical investigation shows the anatomy of medical democide inflicted upon an unwitting American people under the rubric of the so-called global pandemic. The mass execution of patients with courses of an alleged anti-viral drug, remdesivir — occurred under the direction of health officials.

Steve ‘Snoopman’ Edwards proves that US health officials and the drug’s manufacturer, Gilead Pharmaceuticals, knew that remdesivir caused multiple organ failure, including impairing kidney function, before the U.S. Food and Drug Administration’s emergency use authorization of May 1 2020.

Step 1: Select the Most Lethal Drug for a Live Global Simulation

At the beginning of May 2020, when the Food and Drug Administration issued an Emergency Use Authorization (EUA) to permit administering of an experimental drug for the treatment of hospitalized Covid-19 adults and children — many hospitals across the United States of America became mechanisms of state-sanctioned mass murder, or democide.

Democide is defined by R.J Rummel in his 1994 book, Death by Government, as state-sanctioned murder of any domestic person, or civilian people by government officials, who act with the approval of the highest officials or state policy, whether explicitly or implicitly, and includes genocide, politicide and mass murder.

The drug, remdesivir — which is marketed as Veklury — was previously made available on ‘compassionate use’ grounds for over 1800 coronavirus patients from January 25 2020 in the United States, according to an April 10 2020 press release by pharmaceutical manufacturer, Gilead Sciences Inc.i

Shockingly, Gilead’s ‘compassionate use’ rhetoric was packaged with sinister weaponized ironic humor, because the company knew the drug’s lethality, as this study will show. Indeed, remdesivir stood out as the only drug that killed over half of the humans in its cohort, during a four-drug trial during 2019, ostensibly conducted to combat an Ebola virus outbreak in the African Republic of Congo.