The scale, diversity and structure of the anti-mandate/pro-freedom occupation at the NZ Parliament 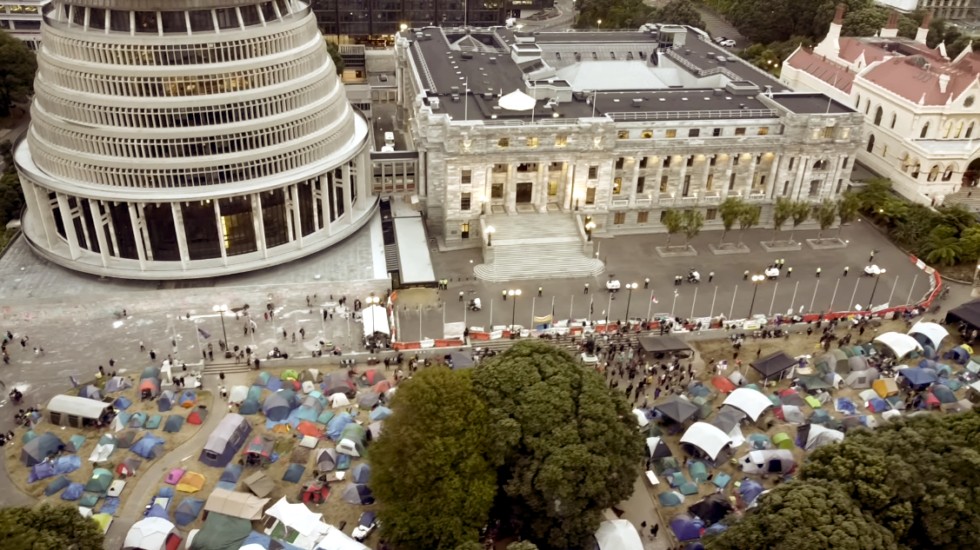 The occupation of New Zealand’s Parliament Grounds in the capital city of Wellington and surrounding streets —which began at lunchtime on February 8th 2022 — appears to be growing into a bona-fide grass-roots peaceful uprising.

By Thursday 17 February, it was estimated there 10,000 people either occupying the grounds, or the surrounding streets and supporting the occupation while staying with friends, family or at accomodation in the city.

After sustaining repeated assaults from Police on Day 3 of their occupation, the New Zealand Liberty Movement’s presence swelled, as people came from all over the country, to ensure the numbers tipped the balance of power in favour of the occupation. The objective to pressure the NZ Government to drop the Covid-19 ‘vaccine’ mandates regime is primarily being actuated by their key bargaining chip: bad optics.

READ AT THE LINK: