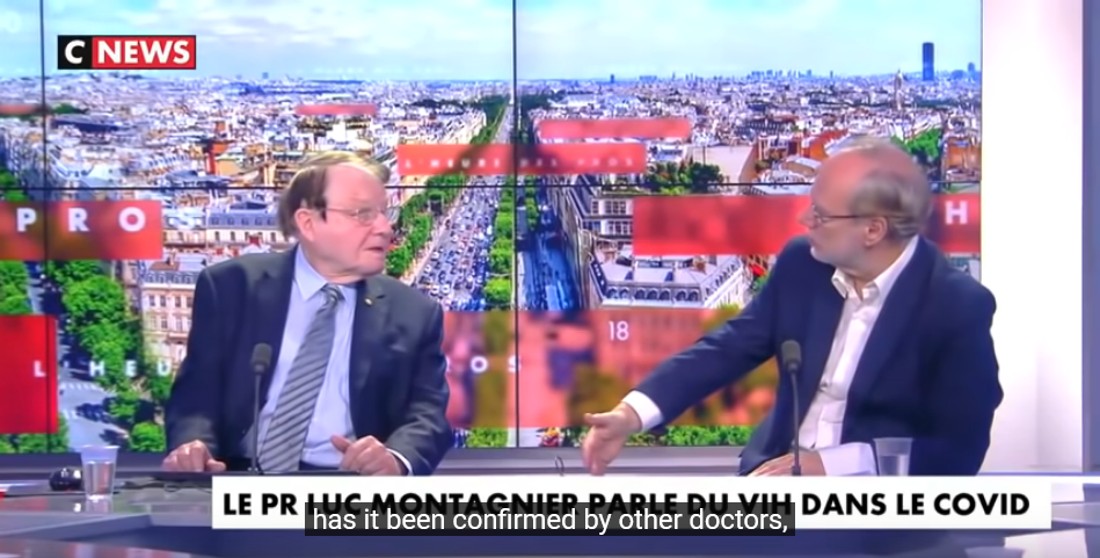 Showing that the TV news in France is just as rotten as it is the United States, and all throughout the West

Scroll down for Luc Montagnier’s TV appearance in late April, 2020, to report that “the coronavirus” could not have made a natural leap from bats to humankind—a finding that the “journalists” on set found most disquieting, since it went against the script they’d all been reading dutifully for several months (the same zoonotic-origin story that ends the 2010 Hollywood pandemic-flick Contagion).

What all this tells us is that the professional “journalists” in France are just as much a part of the state propaganda apparatus as their counterparts in the US, Britain, Germany, Italy, Australia, Canada, New Zealand and wherever else real journalism has been largely wiped away, and turned into its opposite.