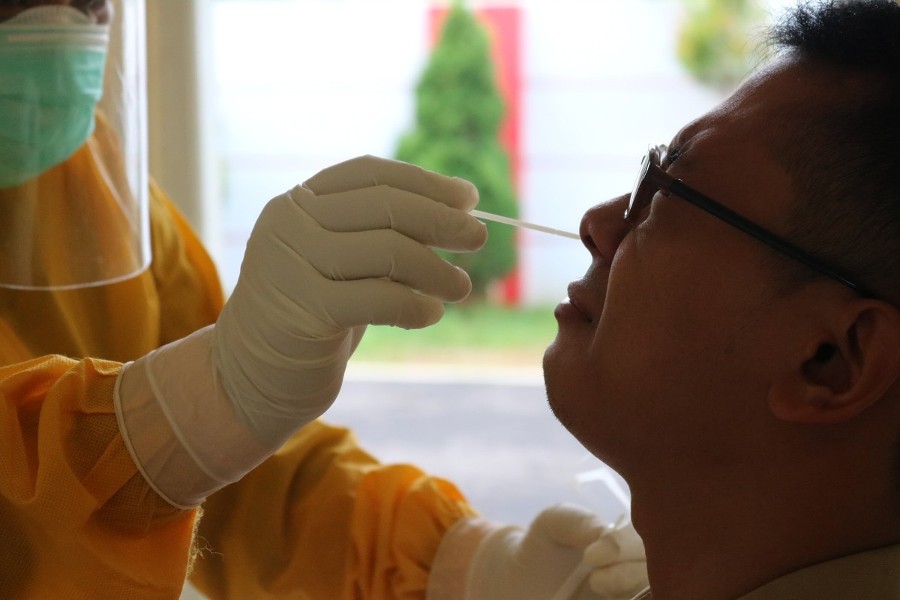 Journalist John O’Sullivan warned that the massive PCR testing campaign could be a WHO vaccination program in disguise. He was referring to a new technology developed at Johns Hopkins University that developed tiny, star-shaped micro-devices called ‘Theragrippers’ that attach to the intestinal mucosa and can deliver drugs into the body. The devices are made of metal and a thin film that changes shape and are as small as a dust particle. According to Johns Hopkins University, Theragrippers are administered with a cotton swab, similar to PCR tests. In October 2020, a Johns Hopkins University research team published positive results from an animal study confirming that the new technology works flawlessly.

Meanwhile, resistance is forming even within the orthodox medical establishment. But the masterminds of the WHO continue to insist on an unrealistic vaccination coverage rate of at least 70 percent.

In this article, Jan Walter describes, with extensive source citations, which techniques are possible to still vaccinate the population, when people are becoming increasingly critical of vaccinations. This is only fueled by the continuing pressure for mass “vaccination” against a non-lethal disease for 99.8% of people, with a new type of “vaccine” that is actually gene therapy by means of mRNA. It seems like science fiction and is chilling, but the metohodes and techniques are available. There question is how far do we let it get?

In January 2019, WHO [1] defined the growing number of vaccine critics as one of the ten greatest threats to global health, and since the unprecedented corona vaccination fiasco [2], the number of vaccine refusers has really multiplied. Meanwhile, resistance is emerging even within the conventional medical community. But the masterminds at WHO continue to insist on an unrealistic vaccination rate of at least 70 percent.

Now several experts and former mainstream journalists like John O’Sullivan are warning that the massive PCR testing campaign could be a WHO vaccination program in disguise. (see Principia Scientific) [3] O’Sullivan is referring to a new technology developed at Johns Hopkins University that is supposed to make it possible to carry out covert vaccinations through a PCR test. (See Johns Hopkins Universitiy) [4]

Inspired by a parasitic worm that digs its sharp teeth into the intestines of its host, Johns Hopkins researchers have developed tiny, star-shaped micro-devices that attach to the intestinal mucosa and can deliver drugs into the body.

These tiny devices, known as “Theragrippers,” are made of metal and a thin film that changes shape. They are covered with heat-sensitive kerosene wax and each no larger than a dust particle.

When the kerosene coating on the Theragripper reaches body temperature, the devices close autonomously and clamp onto the wall of the colon. Because of the sealing action, the tiny, six-pointed devices burrow into the mucosa and attach to the colon, where they are held and gradually release their drug load to the body. Eventually, the Theragripper lose their grip on the tissue and are removed from the colon through normal gastrointestinal muscle function.

Note: According to Johns Hopkins University, Theragrippers are actually administered with a cotton swab. (see Figure 2)