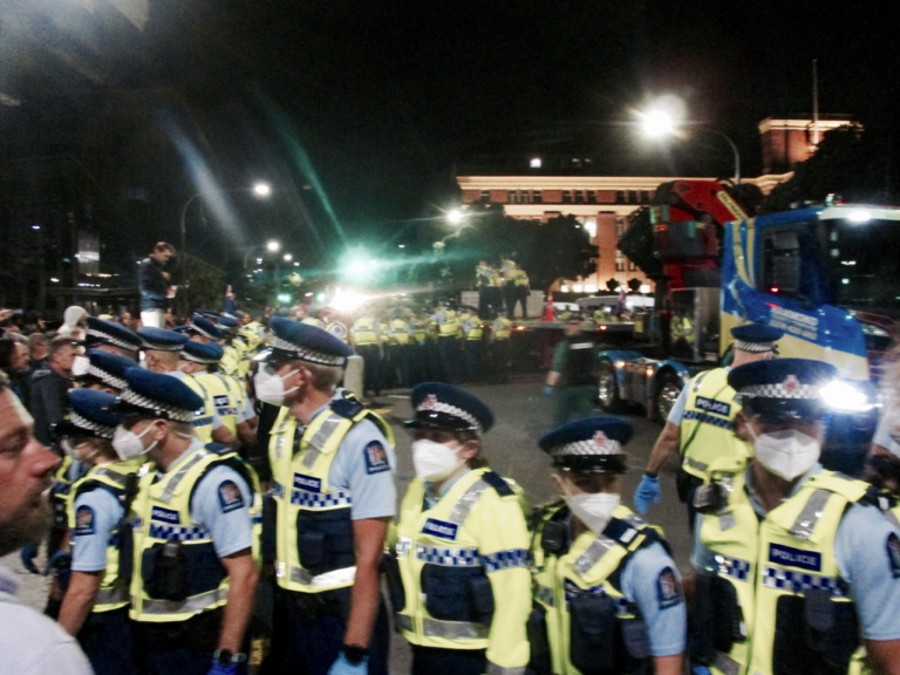 From snoopman.net.nz
TWNZ Comment: NZ MSM, the mouthpiece of the NZ corporation parading as a government, is of course telling you nothing of this event. All we have heard from them to date is lies about the activities of the protesters ... throwing faeces, violent tactics and so on. I have personally read many versions of the truth from those I trust on the ground. The only violence appears to have been that instigated by the Police (example) at the outset of the protest (all captured on video) ... and now this episode (example). More to come on that. This article spells out quite clearly what happened on the 21st at Parliament, and why. Any let up on mandates, or any other concessions to protesters IMO, will be temporary at best given the agenda that has been pushed since the outset of the plandemic has been a 'great reset' which remember, promises we will 'own nothing and be happy'. This is Operation Lockstep. (Note, 'they' will own everything & they're well on the way in that end game as we speak). Meanwhile as the boa loosens its grip temporarily, as with Canada's developments, that other colony of the British Empire is in for similar no doubt. TWNZ

New Zealand Police inflicted pre-dawn guerrilla warfare tactics, Monday 21 February, when they set-in motion a blockade of four access and exit points to the Freedom Encampment at Wellington’s Parliament Grounds and surrounding streets. The effect of the blocked access points, with half-tonne concrete blocks, is that the supply chain of occupying force has been partially cut-off in the capital city.

Shortly before 4am Monday 21 February, ‘Freedom Village’ on Parliament Grounds awoke to the mantra ‘hold the line’, which is code for the camp to move in the direction of the calls.

Approximately 50 New Zealand Police strode to the end of Kate Shepherd Place, where a stand-off ensued between about 100 anti-mandate occupiers and the Constabulary.

At approximately 4am, a truck bearing the corporate insignia of Lower Hutt-based, LT Transport Ltd, with a flat deck trailer and winch parked-up with its load of concrete blocks. 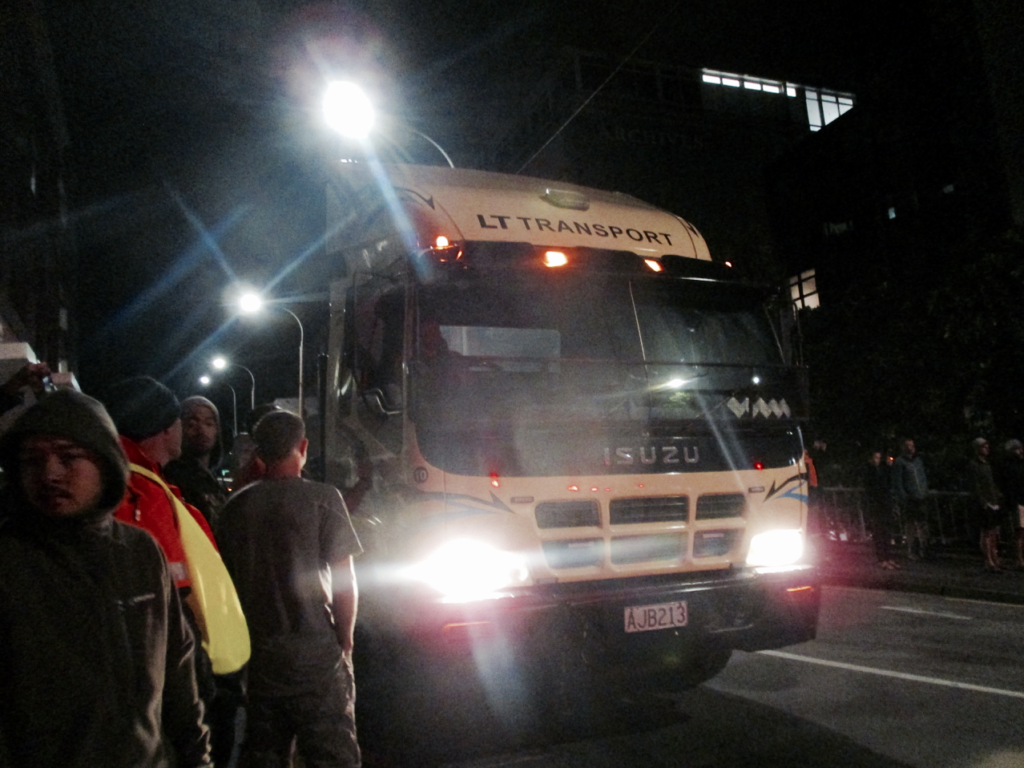 A fork hoist was used to lift the blocks off the truck and set two blocks to partially block Kate Shepherd Place, while a police car was parked to complete the cordon.

READ MORE AT THE LINK