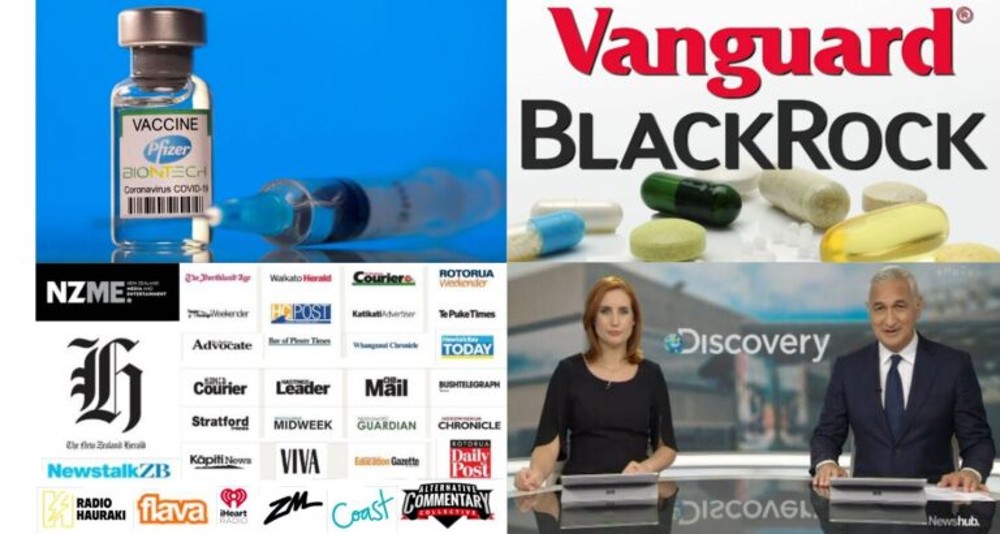 In this exposé, Steve ‘Snoopman’ Edwards shows the Blackrock-Vanguard-State Street Connection behind New Zealand Government’s out-sourcing of social snooping to the same big three Monopoly Board Players that own Pfizer.

Annalect is part of the New York-based Omnicom Group — whose top three owners are Vanguard, Blackrock and State Street — and who are also the top three shareholders of Pfizer, the primary pharmaceutical company that has supplied the New Zealand Government with its Covid-19 mRNA-nano ‘vaccine’, Cominarty.

During the Corona Plandemic, one of Omnicom’s advertising agencies, Clemenger BBDO, created the NZ Government’s ‘Unite Against Covid-19’ campaign, which contained four functions of ideology that are essential for successful propaganda to brainwash a population.

Key Finding: Under the ‘corporate umbrella’ of Omnicom Media Group (OMG), the NZ Government has been able to manipulate the thoughts, feelings and understandings of the archipelago’s captive population by out-sourcing social snooping to Omnicom, whose top three owners reveal the ‘Blackrock-Vanguard-State Street Connection’ to Pfizer.