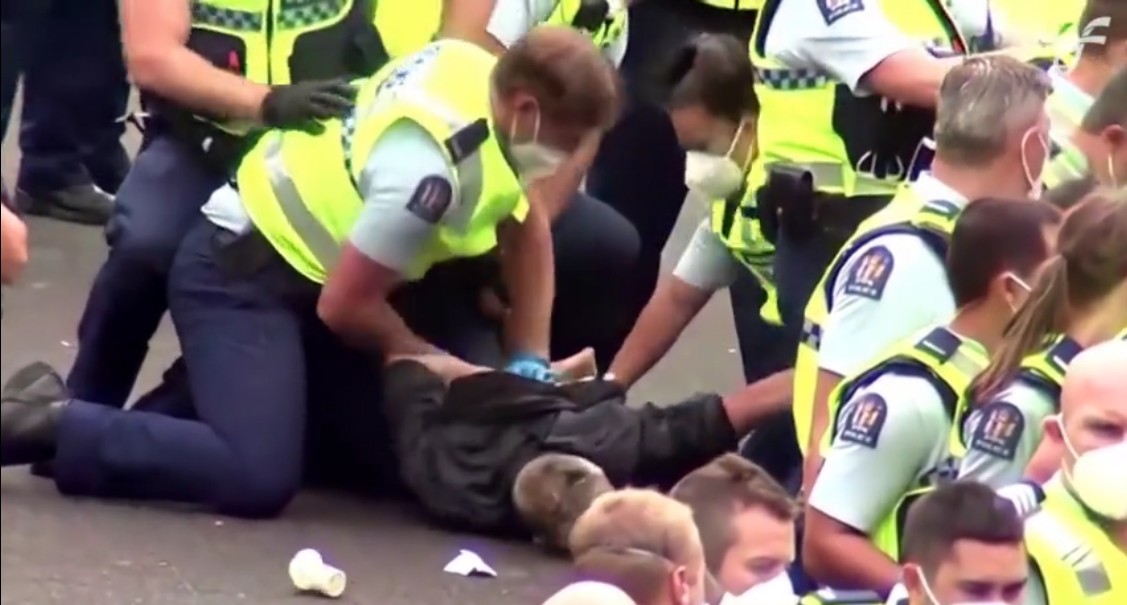 Liz Gunn, FreeNZ @ Rumble:
On February 10, 2022, 63-year-old Stephen Gee was sitting cross-legged in peaceful, unarmed protest at the people's parliamentary grounds.
He was then brutally assaulted by the New Zealand Police Force.
He suffered the most severe and prolonged anxiety attacks in Jail. The Police men and women were either cruel or utterly indifferent to his injuries and agonies.
Stephen now suffers from ongoing post traumatic stress.
This is Stephen's story.

WATCH AT THE LINK